The other sad affects from the event which affected Japan with the Tsunami. So many people, beaches, animals and environment at great distance maybe touched by this tragic event in one way or another.

Some 5 to 20 million tons of debris–furniture, fishing boats, refrigerators–sucked into the Pacific Ocean in the wake of Japan’s March 11 earthquake and tsunami are moving rapidly across the Pacific. Researchers from the University of Hawaii tracking the wreckage estimate it could approach the U.S. West Coast in the next three years, the UK Daily Mail reports. 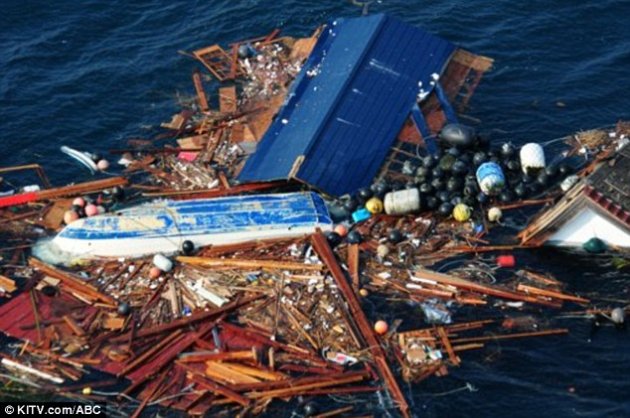 “We have a rough estimate of 5 to 20 million tons of debris coming from Japan,” University of Hawaii researcher Jan Hafner told Hawaii’s ABC affiliate KITV.

Crew members from the Russian training ship the STS Pallada “spotted the debris 2,000 miles from Japan,” last month after passing the Midway islands, the Mail wrote. “They saw some pieces of furniture, some appliances, anything that can float, and they picked up a fishing boat,” said Hafner. The boat was 20-feet long, and was painted with the word “Fukushima.”  “That’s actually our first confirmed report of tsunami debris,” Hafner told KITV. 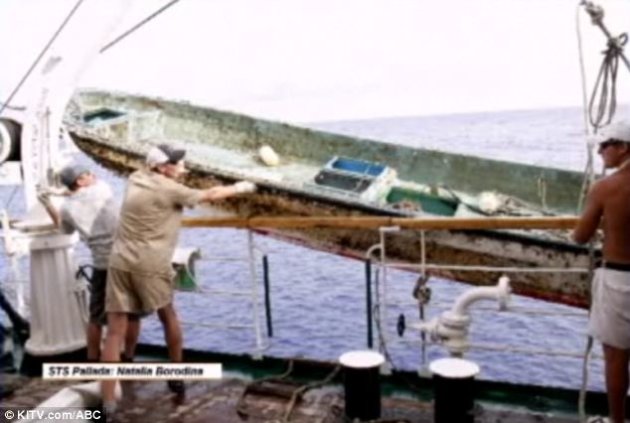 Crew on Russian ship STS Pallada spotted the debris almost 2,000 miles from Japan, including a fishing boat from … 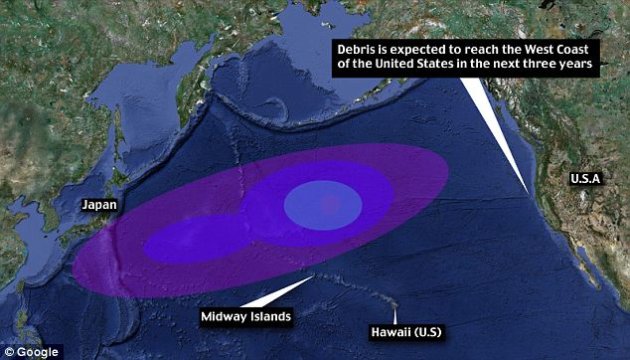 Researchers say up to 20 mn tons of debris from Japan’s March 11 tsunami could reach U.S. West Coast in three years. …

The 9.0 magnitude earthquake and tsunami that hit northeastern Japan on March 11 has left some 20,000 people dead or missing.

Story above from Yahoo News…   http://news.yahoo.com/blogs/envoy/20-million-tons-debris-japan-tsunami-moving-toward-143640503.html

More news and stories of the tsunami debris at Google news.

Activities by Appointment Only

If you are interested in renting or going out on a tour, best to call 843-681-9260 a day ahead to make a reservation otherwise shop is unmanned. First reserved, first served.

Business days by appointment only (843-681-9260) are Monday - Friday Morning and closed Friday Afternoon, Saturday and Sunday.

Would you like to share your pictures with us and have them added to our costumer gallery for others to enjoy?

If so, head to Share Photo's page to upload your pictures.